In 2018, Universidade Aberta is organizing different events and promoting several initiatives to celebrate its 30th anniversary. Within this context it is worthwhile pointing out the recent constitution of the Distance Education Association of the Portuguese speaking Countries and the first talk of the Cycle of Conferences 30 Years of Universidade Aberta by the invited speaker Carlos Moedas, the European Commissioner for Research, Science and Innovation.

The headquarters of the Portuguese Language Countries Community (CPLP) in Lisbon hosted the ceremony of the constitution of the Distance Education Association of the Portuguese-speaking Countries on the 7th May 2018.  The invitation launched by Universidade Aberta (Portugal) was welcome by the public universities of Angola, Cape Verde, East Timor, Equatorial Guinea, Mozambique and Sao Tome and Principe, as well as the Brazilian Coordination for the Improvement of Higher Education Personnel (CAPES), whose representatives come to Lisbon to undersign the constituting formal act. The major objective of the Association is to promote the Portuguese language as a language of knowledge, innovation and value in the digital society through distance education, whose pedagogical model(s) largely contribute to social inclusion and to overcome barriers in acceding to education. In fact, the Portuguese language is currently spoken by approximately 260 million people, and now it is the time to promote its effective use as a language of science, technology and higher education. 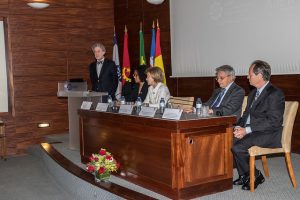 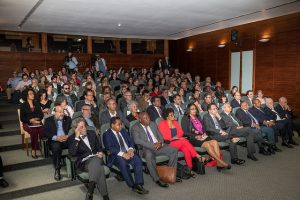 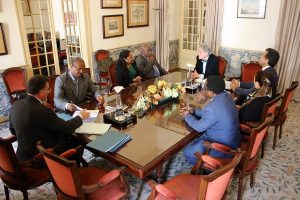 The Cycle of Conferences 30 years of Universidade Aberta was officially open on the 10th May 2018. Carlos Moedas, the European Commissioner for Research, Science and Innovation, held a conference on “Educating towards Innovation and Artificial Intelligence” at the University headquarters. The session was highly participated in presence and at a distance (the session was transmitted live) by the academic community. The European Commissioner highlighted the role of Universidade Aberta in the Portuguese higher education scenario and its pioneering in terms of openness, connectivity and networking. In current times, these are the new key concepts. The global network we live in highly depends on openness and connectivity, on sharing knowledge and practices as well as taking profit of intersection areas of knowledge as a way to build further knowledge and innovate. 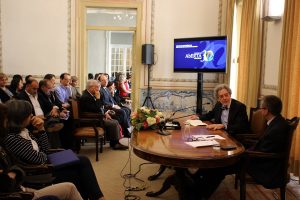 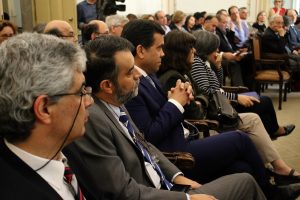 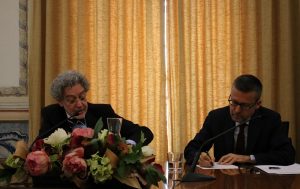 The next Conference is scheduled for the month of June and the speaker will be the Adjunct Director of the Food and Agriculture Organization of the United Nations (FAO) who will speak about the issue of sustainability in the world. The third and last Conference, to be held in November, will join experts in distance education.