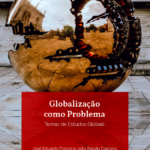 The e-book addresses the term “globalization” as a new paradigm of multidisciplinary and multidimensional knowledge based on the pioneering concept of “global village” of the Canadian Marshall McLuhan in the 60s of the last century.

In the presentation of the collection, the authors introduce the concept of “globalology” as “a science that seeks to understand the world in globalization process, in its history and in the complexity of its present state, characterized by the movements of exchange and by the interactions among the human communities spread throughout the planet Earth, which have generated, and continue to generate, interrelations, inter-interactions and metamorphoses in the most diverse dimensions (cultural, economic, political , religious, social)’.

The e-book can be downloaded here.